ZAR moved from being overvalued back into undervalued territory Bottom Line
• Since the previous report, the ZAR enjoyed a significant appreciative move followed by a major correction late last week that undid much of that. It moved from being overvalued back into undervalued territory, and the move was dramatic enough to raise some eyebrows. However, the charts which follow show that this move might not be sustained at the same pace, even though there has been part of a larger global move.
• Equity markets may be correcting, risk appetite has taken a beating, and higher beta emerging market currencies have all depreciated. US inflation spooked the markets and gave rise to another surge in bond yields. However, the ZAR Sentiment indicator (ZSI) remains in positive territory, carry attractiveness good, commodity terms of trade are still positive, and the prospects for SA’s economy are weak, which is good news for the trade account as imports are retrenched. While this is a tumultuous time and difficult to trade, it is also the best time to default to quantitative indicators that offer a clear and unemotional perspective.

It took just two days to wipe out most of the appreciation achieved in the month prior. It was a disappointing week and has investors concerned that this may be the start of a much larger correction. Although it will be difficult to escape a global crash in stock markets, should it materialise, the range of currently assessed indicators offers a more sanguine outlook and continues to favour some ZAR resilience. Exporters should stand ready to take advantage of these more attractive levels.

Broad expectations and understanding value ranges
It is often useful to find a tool that helps unpack value ranges quantitatively, preventing emotional decision-making when hedging. Traditionally, understanding value has been a somewhat nebulous concept that comes down to a range of factors, including what kind of tolerance a business has for unfavourable currency movements. The indicators that follow attempt to identify different periods that might offer relative value, either for importers or for exporters. 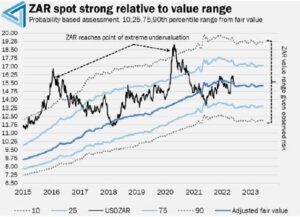 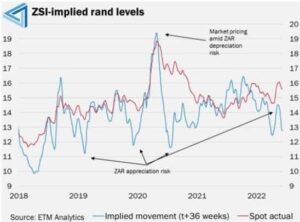 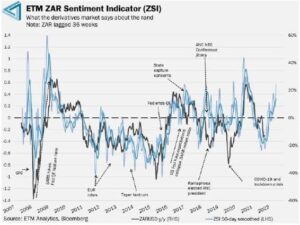 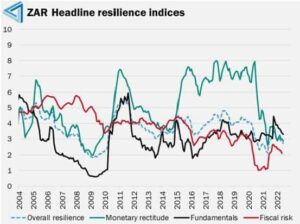 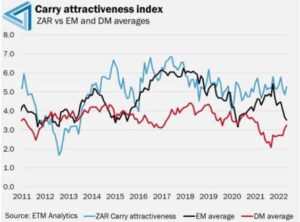 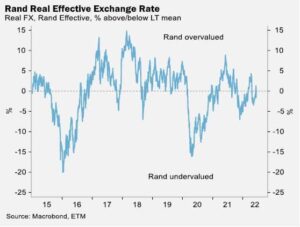 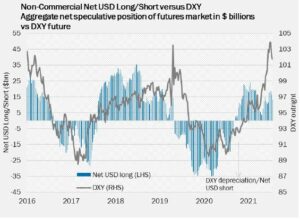 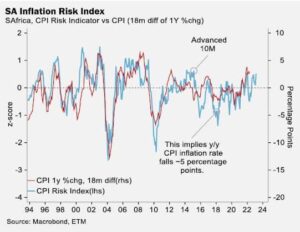 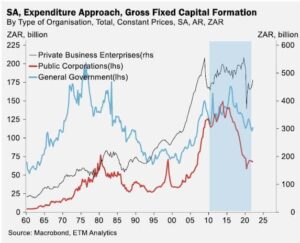