The Investment Case for Gold The Investment Case for Gold

2020 has been quite the ‘delivery’ year for commodities. In April the oil market, West Texas Intermediate, to be specific experienced perhaps the most chaotic futures close outs ever witnessed.

Just as storage capacity was strained beyond its utmost limits, market longs who had not secured storage rights for themselves were eventually paying as much as US$ 35 for others to take the physical oil product off their hands.

Now, according to a recent article in the Financial Times, due to Covid-19 travel and transport restrictions in March and April, the New York price of gold was trading as much as US$ 70 above the price in London at the same time. CME stocks of gold, insufficient at the time have reportedly quadrupled between March and the end of August in large part to meet ETF demands.

When stating an investment case for an asset the story above hardly serves as a positive incentive, but these are remarkable times. In fact, some would suggest that what is recounted above immeasurably reinforces the case for holding physical gold.

If you cannot even count on the commodity exchanges to always safely deliver gold against futures and options contracts then it is past due to make sure that YOUR gold is held safely with a financial institution that will constantly deliver.

The gold and other international financial markets may be facing the greatest challenges since Richard Nixon closed the ‘gold window’ in August 1971.

Foreign governments could no longer exchange their dollars for gold.

At a stroke of Nixon’s pen, the international monetary system became a purely fiat one.

The US$ 21 trillion question (the sum of the BOJ, FED and ECB’s balance sheets) is if and when that volume attempted inflationary stimulus will feed into the ‘real economy’ releasing the deflationary pressure on global nominal debt levels. 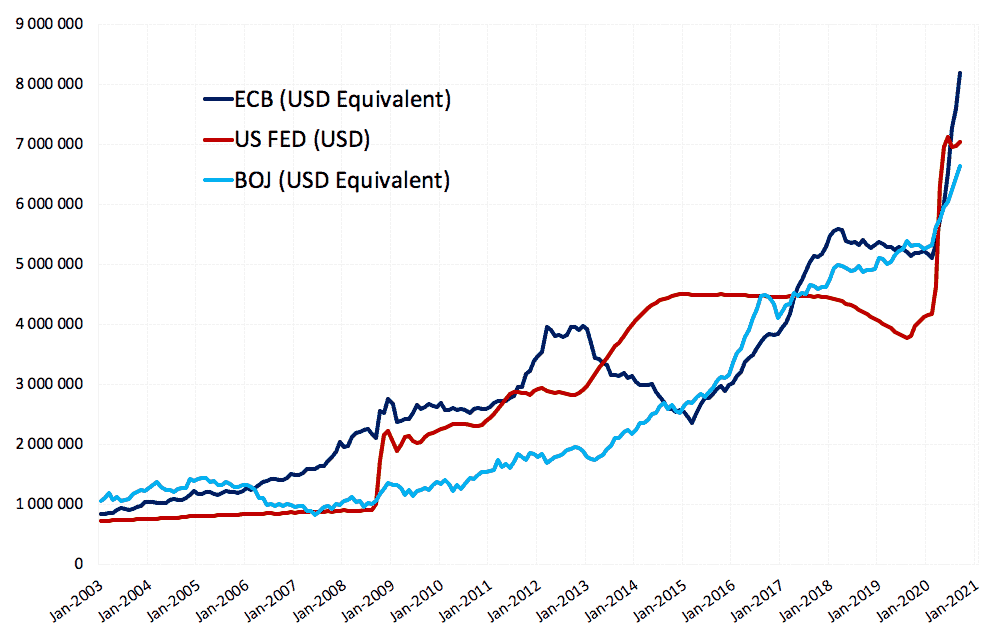 Intertwined with this question is the fate of the US Dollar. Too frequently and erroneously, economists and other financial commentators have falsely predicted the demise of the dollar.

The imminent demise of the US Dollar is grossly overstated 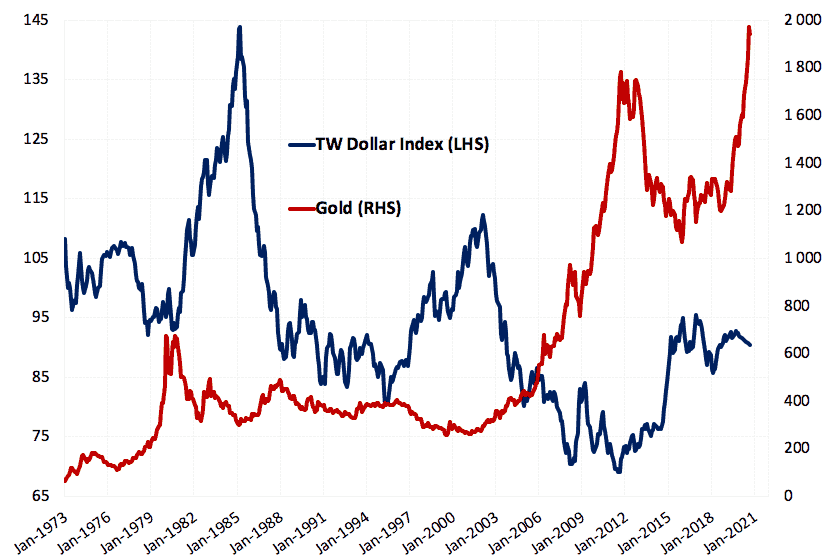 The boy from Aesop’s fables who cried wolf is more credible than they.

For those who have called time on the US Dollar, consider what the alternatives are.

That I mention the Euro in a conversation such as this demonstrates only that I have a sense of humour. The flaws that inhabit the ‘unified currency’ (emphasis ironic), are revealed every time any political and economic challenge comes around.

While Greek and Italian economic travails are so intractable and their politics irrational and self-serving no competent trader or fund manager would place their faith in an international currency so corroded at its core.

The Chinese are as mercantilist as the British were in the 19th century. It is a philosophy of the zero-sum game, where one party benefits at the expense of others.

Elements of that policy include the pursuit of trade advantage through predatory trade practices, continued trade surpluses and accumulation of reserves, a perpetually weak currency in combination with strict capital controls.

That hardly makes for an attractive cocktail.

The US dollar faces no credible challenges.

Anyone who suggests that a global co-operative currency system as the solution to these ills, hasn’t being paying attention to the naked self-interest and skullduggery which inhabits OPEC and the United Nations.

The case for gold as a necessary element of balanced investment portfolio rests upon therefore, centres around its ability to perform dual functions.

To meet the investment criteria of both those who believe either deflation will or has taken hold in the global economy, or equally that monstrous inflation is just around the corner. 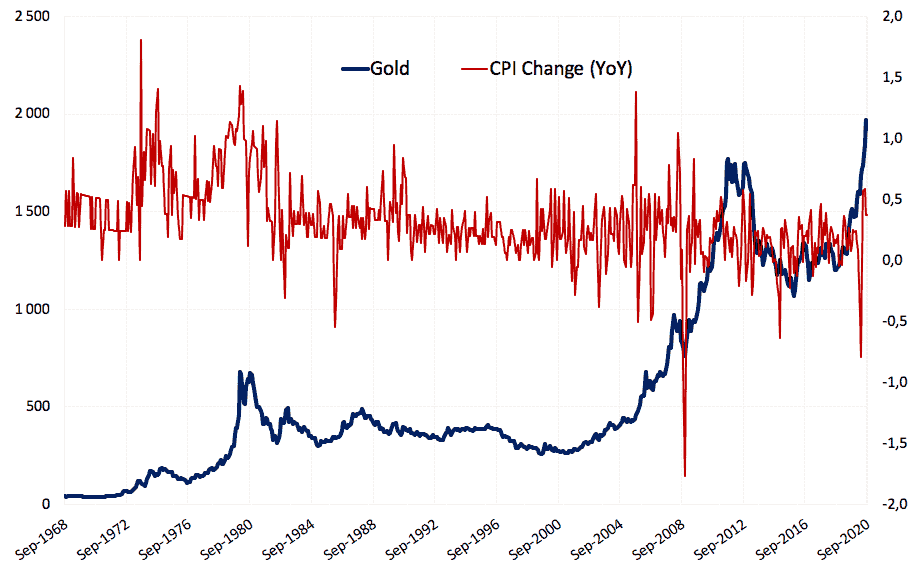 The modern case for gold as a hedge was made in the 1970’s as OPEC-inspired oil embargos led to surges in inflation the developed economies.

Subsequent and successful efforts by central banks to defeat the scourge of inflation led to 20 years of solid if unspectacular growth coupled with low inflation led to the moniker of the ‘goldilocks economy’, not too hot and not cold. 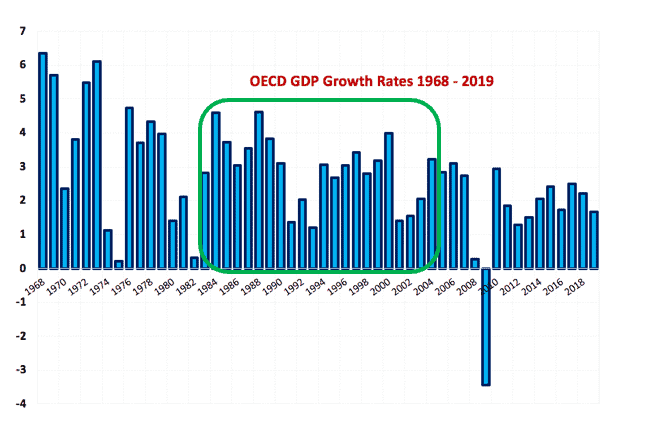 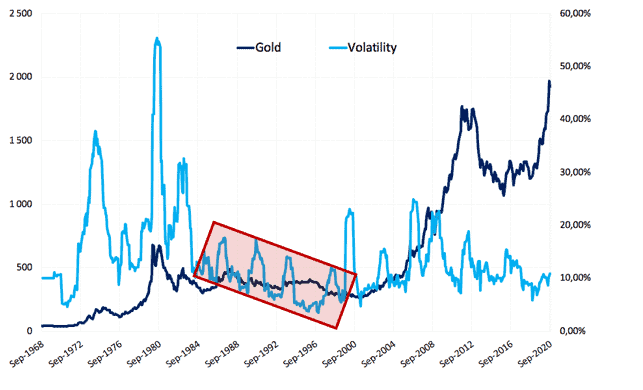 For that period gold was derided as an investment asset. If it delivered no income and generated little to no capital gains the case for gold developed little traction. Unsurprisingly this period was typified by aggressive gold hedging from major gold miners in South Africa and across the globe.

Substantial gold hedging programs, if anything were putting a lid on the gold price. At the same time Central Banks around the world were re-distributing the reserves away from gold towards assets such as short-dated and highly liquid government securities.

A note of caution though. Central Bankers are a fantastic contra-indicator.

These knuckleheads sold an average of 450 tonnes of gold / annum when the gold price for the decade averaged US$ 522 / oz.

These are the same geniuses to whom we entrust the conduct of monetary policy. 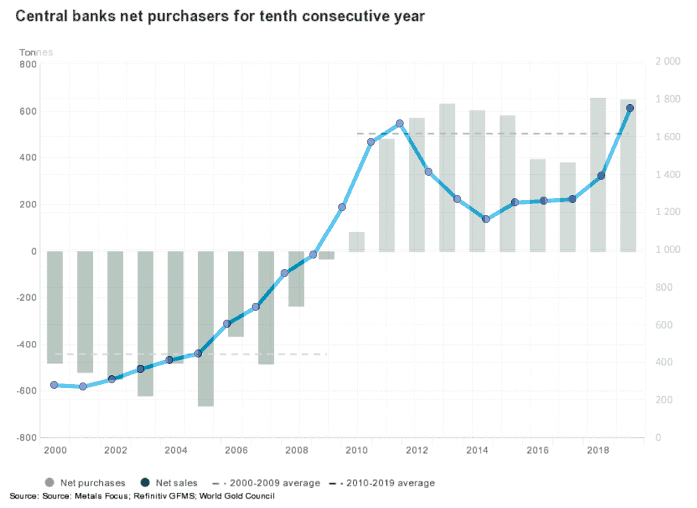 Opportunity Cost Assessment of Gold as an Investment 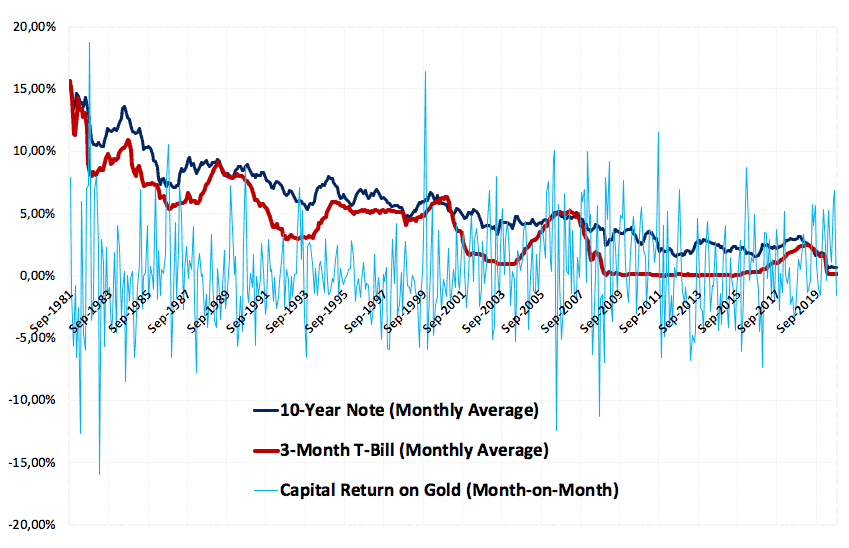 Nominal Dollar, and other currency-denominated interest rates, are at their lowest in decades. Since gold does not yield up an income return, the opportunity cost of buying gold has collapsed.

Take Switzerland for instance. The Swiss have throughout their investment history have been notable gold bulls and hoarders.

With overnight rates at -0,90% to 30-year rates at -0,30%, it is no wonder that the Swiss National Bank, large and small commercial banks and private citizens have started to accumulate gold by the veritable truckload.

The strength of the Swiss Franc, at 0.9200 (for the 1990’s it mostly traded 50% weaker than is currently the case) makes a strong case for stacking the portfolio with gold and gold-related products.

Deflation in Switzerland, an undeniable condition, drives strength in the currency. A strong currency coupled with ruinously low deposit rates makes Switzerland the poster boy for analysts who promote gold as a deflation hedge.

Deflation in Europe, a current phenomenon and stronger future condition has made the Germans, Dutch and French fans. All three hold about 70.00% of their total reserves in gold.

Demand for gold is therefore strong amongst deflationists although the record for Central Bank investment nous is much less convincing.

What about those parties who fear the specter of inflation sometime down the road?

Although absent in current and even medium-term economic models, investors, traders and fund managers fear a black swan event or catalytic spark which drives inflation from 0 to 100 faster than Lewis Hamilton’s Mercedes off the starting grid.

Examples of hyperinflation over the last century abound.

In an environment where the value of money is falling literally by the minute, individuals and institutions become desperate for any anchor to stabilise their economic life. Otherwise destitution becomes unavoidable.

The table above is designed to shock. However, even at much lower levels of inflation, the impact on living standards is often dramatic and destructive.

It is instructive that in virtually all cases listed above, catastrophe of inflation has been followed a collapse in the country’s social fabric, which has, in turn, led to the rise of fascist and authoritarian governments. In Germany’s case, this led to a global apocalypse.

Fascism, authoritarianism and nationalism is once again on the rise across the globe.

History provides us with many examples where individuals who have planned ahead by holding a significant proportion of their assets in gold have either prospered outright or at least protected themselves from ruination.

The warning signs are unmistakably there for us to see. Gold is a must have.