Bottom Line:
• Since the previous report, the ZAR has undergone a significant correction. It moved from being overvalued back into undervalued territory, and the move was dramatic enough to raise some eyebrows. Investors immediately started to position for the possibility that the bout of depreciation would gather momentum and generate another exhausting blow-off. The reality was quite different, and again, there appear to be reasons to feel that the ZAR still enjoys some resilience, all of the challenges SA faces notwithstanding.
• The collection of the charts which follow cover the arguments both for and against ZAR depreciation. However, the summarised conclusion is that although some of the underlying factors are no longer quite as supportive as they were, it is not a heavily distressed situation that warrants the ZAR to depreciate aggressively. That the bout of ZAR depreciation has remained reasonably well contained speaks volumes.

In just two weeks, the ZAR undid its overvaluation and now offers a lot more value to exporters. From its current, undervalued position, the argument for substantial further depreciation weakens, especially as the ZSI, carry attractiveness and inflation outlook is more sanguine than those of SA’s main trading partners. Again, we would urge exporters to consider the value that current levels offer and to seek strategies to take advantage.

Broad expectations and understanding value ranges
It is often useful to find a tool that helps unpack value ranges quantitatively, which prevents emotional decision-making when making hedging decisions. Traditionally, understanding value has been a somewhat nebulous concept that comes down to a range of factors, including what kind of tolerance a business has for unfavourable currency movements, the indicators that follow attempt to identify different periods that might offer relative value either for importers or for exporters. 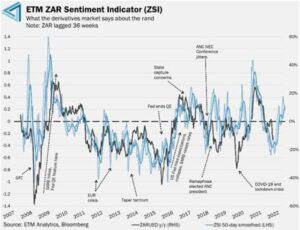 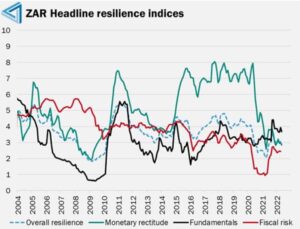 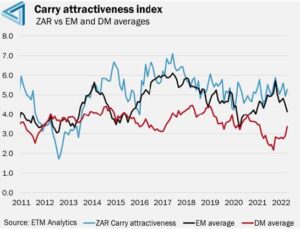 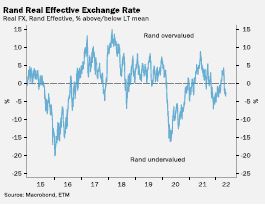 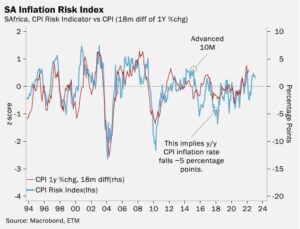 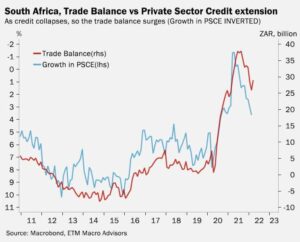 Gold will remain focused on movements in Dollar and US treasuries for short-term trading bias
June 24, 2022

ZAR moved from being overvalued back into undervalued territory
June 14, 2022

Potential ZAR recovery into the tail-end of the year
June 6, 2022
Recent Posts
Go to Top